What will 2019 bring to the Telecom industry? 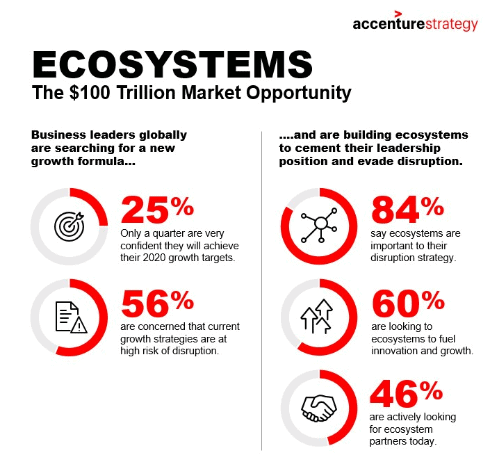 The year 2019 promises to be a very interesting one for the telecommunications sector as technologies that have emerged in recent years have reached technological and operational maturity.

The year 2019 promises to be a very interesting one for the telecommunications sector as technologies that have emerged in recent years have reached technological and operational maturity.

While the telecom industry is in the midst of reshaping as it adopts new technologies and embraces the cloud, communication service providers (CSPs) are looking to gain possible competitive advantages in a saturated market.

Clearly, one of the hottest trends, which is expected to intensify, is moving compute resources and cloud services closer to users and machines from the network core to the edge.

Research company Gartner estimates that by 2022 half of all large organizations will integrate edge computing principles into their projects. This is partly because by then $2.5 million will be spent every minute in the  Internet of things (IoT), and 1 million new IoT devices will be sold every hour.

“The cloud is no longer enough. Infrastructure service providers must exploit this growth by extending services beyond the edge in support of digital touchpoints.”

Still, the market is being challenged to pinpoint the business models and define multiple winning applications that will accelerate the adoption of Edge Computing in it most generic form. As part of 5G, we expect to see during 2019 many technological initial trials that will help shape the solutions to meet the business models.

We at Telco Systems believe that Edge computing have validity far beyond 5G and will converge into the distributed network functions virtualization (NFV) and form broader solutions to address powerful network and applications distributed solutions.

Another interesting trend is the move of Telecom companies to form ecosystems (a network of cross-industry players who work together to define, build and execute market-creating customer and consumer solutions).

According to a recent Accenture Strategy report, ecosystems are poised to unlock $100 trillion of value for business over the next 10 years by opening doors to competitive agility.

The telecommunications industry is particularly primed for ecosystem disruption. Accenture believes that the telecom industry has the highest ability of all industries to form successful ecosystems. According to a recent study, 83 percent of telecom leaders say ecosystems are an important part of their disruption strategy.

We at Telco Systems believe that the era of working in silos or well-controlled vendor and partner environments is over. As networks become open, business agility requires collaboration and integration between many solutions and products. In order to succeed in this new environment, CSPs are required to develop and maintain rich and open ecosystems and work together to drive joint ecosystems that will create the foundation for their success.

5G is one of hottest buzz words in the telecom industry. According to a new survey initiated by Gartner 66% of organizations plan to deploy 5G by 2020. Organizations expect 5G networks to be mainly used for IoT communications and video, with operational efficiency being the key driver.

“In terms of 5G adoption, end-user organizations have clear demands and expectations for 5G use cases,” says Sylvain Fabre, senior research director at Gartner. “However, one major issue that 5G users face is the lack of readiness of CSPs. Their 5G networks are not available or capable enough for the needs of organizations.”

The company estimated that in order to fully exploit 5G, a new network topology is required, including new network elements such as edge computing, core network slicing and radio network densification.

Gartner predicts that, by 2022, half of the CSPs that have completed commercial 5G deployments will fail to monetize their back-end technology infrastructure investments, due to systems not fully meeting 5G use case requirements.

“Most CSPs will only achieve a complete end-to-end 5G infrastructure on their public networks during the 2025-to-2030-time frame — as they focus on 5G radio first, then core slicing and edge computing,” concludes Fabre.

SD-WAN; moving away from the Blackberry trap

Over-the-top technologies, such as software-defined wide-area network (SD-WAN), are likely to fuel the competition and communication service providers NFV and customer premises equipment (CPE) are moving now to the front stage as far as technological maturity goes.

In recent years, SD-WAN has become a high technology priority for enterprises. According to a recent survey sponsored by Silver Peak and conducted by Frost & Sullivan, 85% of global respondents said their top business driver was to deliver an improved customer experience, which will ultimately lead to positive top- and bottom-line growth.

Thirty-five percent of surveyed companies have either already deployed an SD-WAN solution or have a deployment underway. Another 61% plan to deploy SD-WAN in the next 12–24 months. At the same time, 61% of global respondents plan to replace existing branch routers with an SD-WAN appliance that supports routing functionality.

During 2019 we will start to see a major change in deployment methods, moving from black box-(appliance) based SD-WAN deployment to open uCPE.

Jeff Lewis, vice president of product management at Comcast Business was recently quoted as saying that the most important aspect of SD-WAN offerings is the orchestration layer.

“The ability to provide multiple virtual network functions (VNFs) to a common uCPE is tantamount to success in the SDN world,” he said. “It’s not just an SD-WAN story, it’s really the SDN story.”

uCPE starts to take off

We also expect Telco operators to extend their NFV environments outside the usual data centers and central offices to customer sites on customer premises equipment (CPE), or universal CPE (uCPE).

According to IHS Markit the uCPE market will increase from $7.7 million in 2017 to $1.02 billion in 2022. The research company estimates that fewer than 600 units of uCPE were shipped in 2016, mostly for lab testing and a small fraction in field trials. 2017 was tepid as an initial takeoff year with under 7,000 units shipped, while a heavy ramp is expected from 2018 onward.